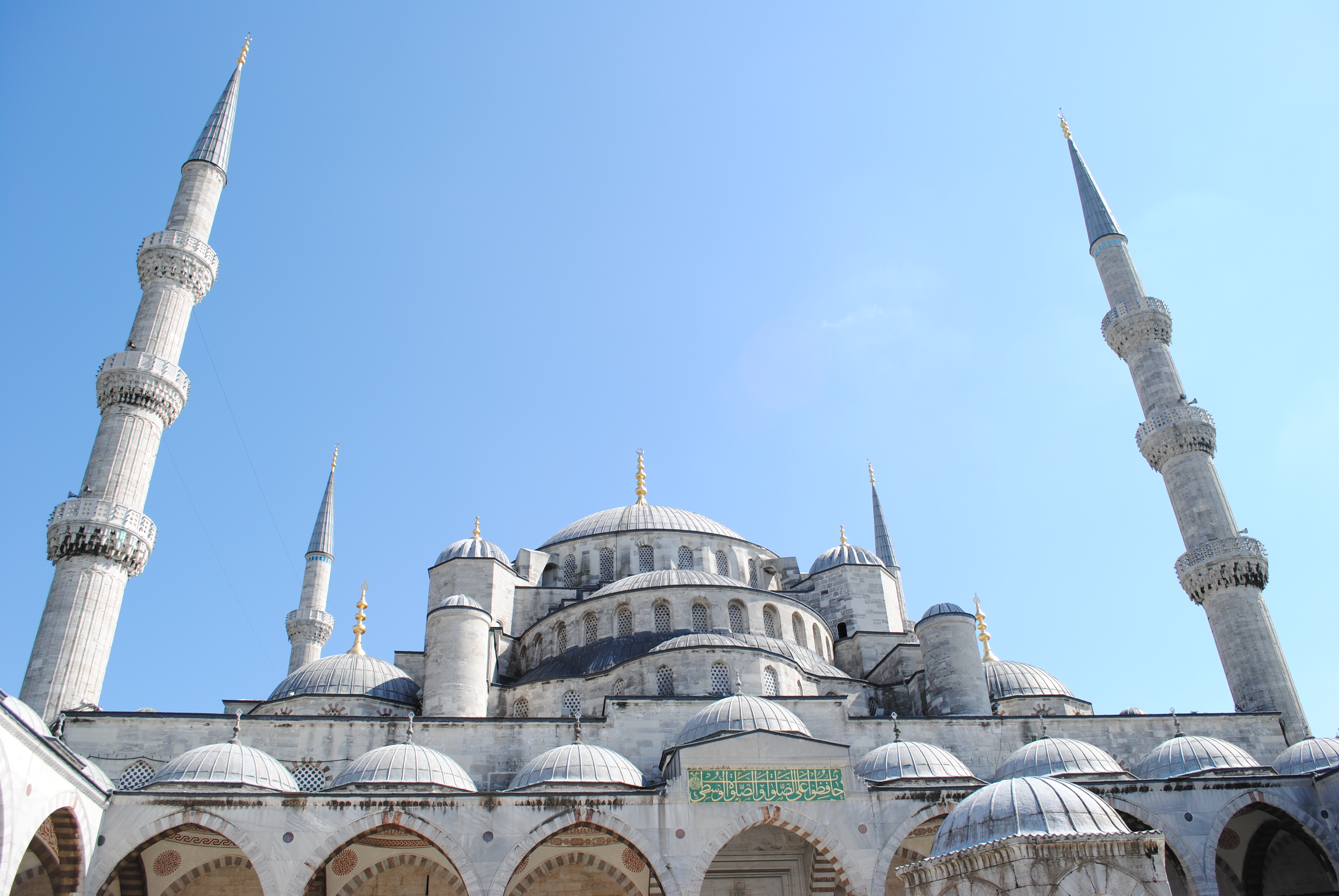 The mosques and the muezzins

After living in Istanbul for a while now I don´t even recognize it any more, but everyone who visits or is new in the city does: The voices of the muezzins sound five times a day from the minaret of every mosque in the city. The muezzins are the ones who lead and recite the call to prayer (adhan) for every event of worship and prayer. The word „mosque“ originates from the Arabaic sajda, meaning „worship“ or „to bow down in prayer“. It is the place for Muslims to come together for prayer (salah), but also  serves as a community centre where religious, social, political, educational and cultural matters are talked about. The first mosque in Islam´s history is the Mosjid al-Quba Mosque in Medina, Saudi Arabia. Tradition has it that prophet Muhammad layed the foundation for it. A mosque usually consists of a room for prayer, at least one minaret, washing facilities for ablution and a courtyard or garden. According to the region and climate it can be built in different architectural styles. But what they all have in common is that every mosque is oriented towards the Ka’bah, the holy place of Islamic culture infront of the Al-Haram-Mosque in Mecca. So much for the history. What I want to advice is not only to visit the big touristic mosques like the Blue Mosque in Sultanahmet, although it is worth seeing and should not be missed (see pictures), but also the smaller neighbourhood mosques are worth a glimpse. They are simpler in style however not a bit less beautiful. Just take the chance of escaping the hecticness of Istanbul every once in a while by stopping by and enjoying a short moment of silence. You should wear appropriate cloths and women are required to use headscarfes.

$larr; Best Chocolate Muffins I know!
October 29th – The Day of the Republic →